Giving Thanks in Nature

The last few months have been turbulent, to say the least, and the shadow of our upcoming move has been looming over us as the date grows steadily closer. Though we’re both excited for this new adventure, there are some days when the weight can just feel like too much. With our move date just over two weeks out at this point, we’re still dealing with Jeremy’s physical therapy and various doctor appointments on top of preparing ourselves for an out of state relocation. We’re finishing up packing, getting our car in proper condition to make the trip up north, saying our goodbyes to friends and colleagues… To say that we’re stressed out is the understatement of the century.

As Thanksgiving was approaching, and with neither of us having family nearby, Jeremy suggested that we spend a quiet holiday together camping. What better way to give thanks than by connecting with nature?

He works in the legal industry and therefore had a four day weekend, plus he hasn’t been able to get out into nature since he got sick in July. Every fiber of my being was screaming at me to work, reminding me that we need as much money for our move as possible. Of course I have vacation time stored up, but the idea of actually using it and taking the time off seemed foreign to me. It felt like a waste, as though I should be saving it for something bigger and better. It took some coaxing (by me) but I finally agreed. After all, what better place to unwind from the stresses of life? With everything that has been going on, and with what is yet to come, we were both in need of quiet reflection to make peace with what we’re leaving behind, and focus on the new opportunities that are coming our way.

We decided to head back out to Cibbets, we figured it would be much quieter this time than the last and we could potentially get a better campsite. Thankfully, we were correct! There were a few groups but the campground wasn’t full by any means. This time we chose #19, which was separate from all other sites in its own little corner. It was spacious and had a great area to pitch your tent away from the table and fire pit.

While Jeremy prepared our firewood I spent a while just roaming around the site, admiring the various signs of life. We don’t always get much of an autumn season in southern California, at least not like other regions do. Aside from the relentless heat, you have to really search for the rich earth tones of changing leaves. Plus, being in the end of November, fall was already on its way out. However I did find a few lingering indications that the season had come.

The firewood was ready at this point, and we got to practice our fire making skills. Jeremy had broken it down into varying sizes and had everything prepared to begin our Thanksgiving dinner!

You can then build larger and larger pieces on top as it burns, and the newly created coals will have a steady fire going! This was perfect under the grill for us to cook over once it settled down.

We had picked up two game hens to cook in our dutch oven, along with purple sweet potatoes, jewel yams, and golden beets.

The dutch oven was placed on the grill over the fire, and hot coals were set on top to evenly heat the interior. It was then slow cooked to perfection over the next few hours!

While we waited for this to cook, we prepared our snack/lunch of grilled shrimp. This has been pre-marinated with a sauce I made, which consisted of coconut aminos, sesame oil, sriracha, ginger, garlic, honey, lime, sea salt, and black pepper. We made a small bed of coals, and placed the skewers of shrimp over the heat.

After lunch we had a moment to simply sit back and enjoy the peace and quiet. I spent some time sketching trees and leaves, and someone from another campsite came by to chat for a bit. Then it was time to make the rest of our dinner. We had prepared green beans with garlic, salt, and pepper which we then sauteed in our cast iron skillet.

By this time the contents of the dutch oven had finished cooking, and dinner was served!

The sun had already set, and we each sat down to our feast with only a headlamp to illuminate our plate.  We stuffed our faces in silence, finding too much delight in our meal to worry about anything more than the occasional sound of pleasure after a particularly delicious bite.

We cleaned up after ourselves and prepared the campsite for the night ahead. Finally we had nothing to do but sit in front of the fire, and we used this opportunity to read with only the sound of the crackling fire breaking through the quiet night.

At this point I began to experience my ever reliable panic attack, which usually comes about as time for bed draws nearer. The fire kept me calm, and every time I would step away my chest would tighten and I would get this overwhelming sensation of impending doom. If I sat back down at the fire it would dissipate, so I made sure to stay there until it came time to retire.

Each time has been just a little bit easier, so when we finally retired for the night I was not nearly as terrified as I normally am. I could hear people at other campsites throughout the night which actually brought comfort, so I was able to get even a few hours of sleep. The wind was rustling the leaves on the floor and in the trees, so the occasional crunching sound still had me on edge. It was still the easiest night I have had so far, and I awoke the next morning with the sun and the sounds of birds perched on branches above. We made a hot mug of cinnamon tea to dispel the morning chill, packed up our gear, and headed out from another successful adventure.

This was a much needed break from the world, and the various weights we had found on our shoulders as of late. We both had three days off after this and we used the time to simply decompress. We discussed our plans for the near future, and talked over our stresses and worries. This has been a rough year for both of us, as it has been for many, and sometimes it can be hard to look past hardships to find the experiences we’re grateful for. This day (and weekend) of peace not only provided our bodies with rest, but also allowed us to step back and analyze our past, present, and future.

We’re both thankful for our jobs, a roof over our head, and food on our plates. Though Jeremy had been hospitalized over the summer for both his autoimmune disease and his leg injury, he has been recovering well and we’re extremely thankful that neither situation was any more dire. We’re thankful that we’re finally in the necessary position mentally, physically, and financially to make our move out of San Diego, and get on with our lives. We’re thankful for everyone that has stepped up to help us out during our times of need, whether they be family, friends, coworkers, or even people we didn’t know. Though this year has beaten us down a bit, it has also presented us with amazing situations and opportunities and I think has prepared us for what is to come.

So once again nature has provided the necessary therapy to help calm our bodies and minds, and allow us to jump into this next chapter of our lives with more energy and excitement.

How did you spend your Thanksgiving?

No matter what day of the year you’re reading this, what are you thankful for?

CaliforniaCampgroundCampingCleveland National Forest
Soy-Free Snacks for the Trail
On the Road: San Diego to Seattle

5 thoughts on “Giving Thanks in Nature” 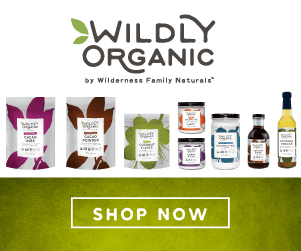